On April 10, 2018, the world watched as Facebook CEO, Mark Zuckerberg, appeared before Capitol Hill in an effort to explain to the US Senate, the massive data breach involving the social media giant. This created a new series of questions for digital consumers who felt exposed and violated when they learned of political ad targeting based on the harvesting of their personal information. Allegations by the Federal Trade Commission (FTC) accuse Zuckerberg of opening Facebook to an app development firm named Cambridge Analytics which used the data to develop ads for political figures. These ads were localized and ran in areas where consumers’ personal information indicated that they would be well-received.

Facebook users felt betrayed by the data breach and were upset that the company was using their personal information to push a political agenda. This has drawn consumer attention to a much larger problem—the right to privacy online. Despite advancements in technology, the personal data, online habits, and correspondence of most internet users are vastly under-protected.

A Renewed Need for Cybersecurity

It is estimated that 87 million Facebook users had their private information compromised during the scandal, but cybersecurity experts point out that the number could be closer to one billion. This is due to the way that Facebook stores data and interprets the permissions of third party app developers who have access to that data.

The Facebook scandal has opened the eyes of consumers. It has shown them the online risks associated with poor security and blindly agreeing to fine print that can give app developers access to private data. Facebook users can see if their data was collected and used by following a few simple steps:

There isn’t much users can do if their data was exposed but learning how to avoid future privacy issues is key.

Facebook users have expressed a loss of trust in social media, and some are choosing to stop using it altogether. This incident will not be the end for the world’s most popular source of social media but it is definitely a wakeup call to the way that businesses are allowed to collect and utilize data. Zuckerberg has agreed to stop running certain ads and has taken steps to give users more access to information about app permissions.

These actions will only begin to address the huge problem of privacy on the internet. Individuals and businesses alike will need to improve their approach to internet technology, and to strengthen their internal networks.

Much of life and business now happens on the internet; making sure that private data stays private is a priority no one can ignore. Contacting the professionals at Glasshouse Systems can give you additional information on improving cybersecurity and creating an airtight infrastructure.

For Canada and worldwide, contact our main Canadian offices:

For all US-based enquiries, please contact our main US offices at: 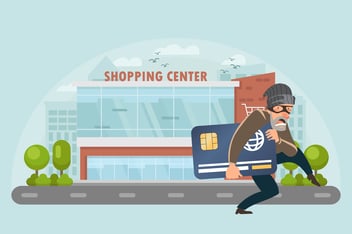 Retail Security Breaches — Top Brands and How They Were Attacked

The term “data breach” has become an all too familiar headline in today’s news. More companies than ever have experienced an unwanted technological infiltration that has exposed the personal information of consumers. Not only does this harm a company’s relationship with its ...

Exploring the Benefits of SIEM

Are Managed Security Services Right For Your Business?

Determine Whether Managed Security Systems Are Right for Your Business

Much of our business is being conducted remotely using online resources. This includes the transfer and storage of confidential information that makes even ...